Born in London on August 2nd to an English father and German mother, Mark grew up in a musical environment. His parents loved jazz and classical music and often hit the London nightclubs back in the 60´s.
A family friend who was a drummer handed Mark a pair of sticks when he was six and that was his life changer. At nine he owned his first drum kit.
Greatly influenced by the music of the 70´s and picking up records from family friends, he found his way to loving drums and music more than anything else in life.
Kitchen pots and detergent boxes did the trick and helped finalising the first steps to making as much noise as possible and exploring new sounds.

Listening to all the great drummers of the time he quickly found his way developing his own style and mainly points out Billy Cobham, Steve Gadd, Pierre Moerlen and Gene Krupa to be some of his mentors.
The 70´s Prog and Jazz Rock scene greatly influenced him, and rock drummers Ian Paice and John Bonham had left a great impact in his playing,
Mark always mentioned that 1972´s Deep Purples “Made in Japan” was key and the trigger to it all.  Not to mention that all Zeppelin albums where just magic.
In the late 70´s Mark was captivated by Rush and Neil Peart changed it all, there had been no other, his playing was just magical!
Of course other drummers like Brian Downey, Keith Moon, Cozy Powell, Nicko McBrain, Alex Van Halen and the fascinating Simon Philips also greatly influenced Mark´s playing. Jamming along to their music was key and Mark closed the second circle in drumming. 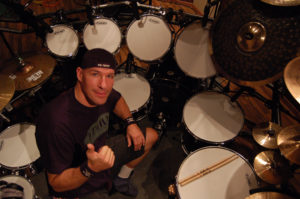 Mark grew up in 3 countries and speaks fluent English, German, Greek and some French. Over the past 37 years he has been working as a professional musician with known bands and artists worldwide, who gave him a great reputation in the international music industry as a musician, songwriter and drummer. 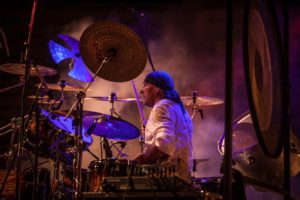 Mark added: “It´s been an exciting ride working with so many different and devoted musicians. I am very grateful and can consider myself lucky to have lived these times and toured the world.  I gained such a wonderful life experience, the greatest gift of all.
It´s been a bumpy road from time to time, but an honour to have worked with so many talented Musicians around the world.

All I can say is….. never give up and stay true to your dreams and goals!

Playing drums has and will always be my baby! I love being on the road and love sitting behind my kit doing what I do. Doing also other things to keep the money coming in, has unfortunately become a certain routine, but it´s nothing unusual nowadays the way the Music industry has turned and now with the pandemic more than ever!!
Once a musician…… always a musician, that´s the way it goes! Life is full of surprises and when you think your career came to an end, another door opens!”

On April 4th, 2014 Mark was hired by the “SCORPIONS” to fit in for one show in Bahrain at the Formula 1 Grand Prix.
mark left London and moved to Hamburg in 2015 and became the manager of legendary Rockin´Restaurants “ZWICK” in the district Altona in Hamburg for two years and also created the Dum Dungeon Studio. Zwick unfortunately closed down in Altona in 2017. 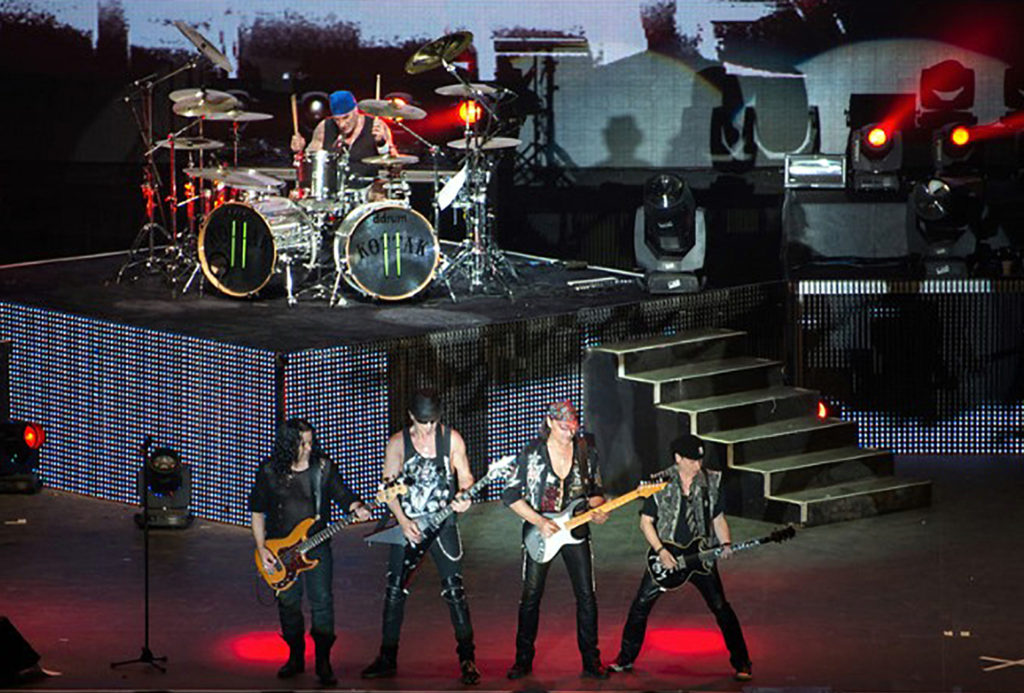 Mark does a lot of studio work besides his main bands GOD´S ARMY, who released their third studio album on October 2, 2021 availanle as digital, CD and vinyl  and Joe Stump´s (Alcatrazz) TOWER OF BABEL also with a second album in the making,  the Swedish Jimi Hendrix tribute “THE FUZES” feat. Martin Dagger and Magnus Rosen (Hammerfall) and the Dutch Whitesnake tribute “WHITESNAKED”.
Mark also took the position as touring drummer with the VIVALDI METAL PROJECT in 2018, who had released their limited edition DVD “The four seasons live in concert” on November 29, 2019!
VMP is now gearing up with their second studio album “EpiClassica”, another massive all star production featuring Mark, Mike Portnoy, Mike Terrana and many other talented musicians.

Not exactly a solo project but with former band mates he will bring a “Best of …..” his career to your stage.

Mark said: “Ive been thinking about this for a long time and some people in the industry also urged me to do it!
It´s time to do your own thing!
Originally planned was a best of live set…. music of what I´ve done with bands as a touring artist, drummer or writer.
A truly rich and versatile list of songs of different genres. Editing this together, promises a very interesting set and with these guys on board….. nothing to worry about :)… .everything our fans deserve!”

Unfortunately due to the Covid 19 pandemic the whole concept froze and has been postponed most likely to 2022.
Mark used this time to write new music and lyrics and sees a possible studio album in the nearest future and possible live activities in 2022. 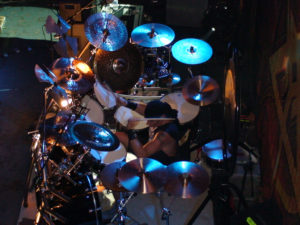 ‘Bon Scott said: It’s a long way to the top, if you wanna rock’n roll…… bloody right he was! There were times when I felt like kissing show biz goodbye.
I truly thank those who kept me away from these terrible thoughts and believed in me.

Peace my friends, be rock, keep your hands off drugs, but on da ladies, have fun and get laid as much as  you can! Stay away from dating sites, they bring you nothing but trouble :),  enjoy the real thing in life and you will be the one who’ll make the next generation swing!

Ah yes, let´s hope that this pandemic madness will soon end and give us a chance to tour again!! Good luck to us all ….. !”